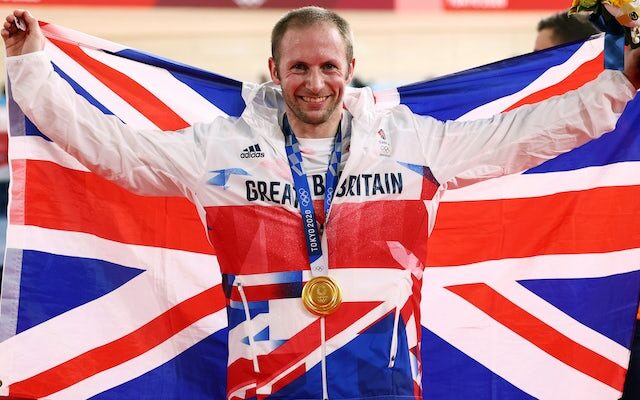 Great Britain‘s Jason Kenny has cast doubt over his potential participation at the Paris 2024 Olympics.

The 33-year-old had been struggling with knee pains before the Tokyo 2020 Games but still managed to storm to the gold medal in the Keirin and take silver in the team sprint.

Kenny’s medal haul in Tokyo saw him become GB’s most decorated athlete at the Olympics, but the Englishman is not optimistic about his chances of riding in Paris.

“A lot of it (whether he competes at Paris) is down to if I can – I might not have a choice,” Kenny said in quotes attributed to BBC Sport. “Before the Olympics I was really struggling, I couldn’t squat or train how I wanted to, I had bad knees.

“I’ll be building up really slowly, making sure I can do enough volume to train properly – and if I can’t, then I won’t even bother trying I don’t think, because I won’t be able to be competitive if I can’t train properly.

“I’m not very optimistic (about Paris 2024) if I’m perfectly honest, because I can’t remember the last time I managed to train without it really hurting.

“We’ve got such a good team around us and I’ve really thrown myself into working with the physios. I’m learning to squat all over again and hopefully I’ll be in better shape for it.

“I give it to the end of the year, where I want to be able to train at a good level, so I’ve got until Christmas really before we re-evaluate. It is very much all up in the air.”

Kenny boasts a total of nine Olympic medals – seven of them gold – and he has also taken three gold medals at the World Championships in a glittering career.