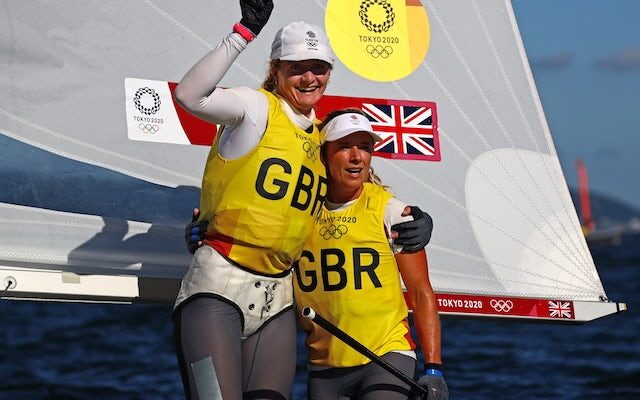 Hannah Mills, Giles Scott and Stuart Bithell – who won gold medals for Great Britain at the Tokyo 2020 Olympics – have announced their retirements from Olympic swimming.

Mills took the gold medal in the women’s 470 with Eilidh McIntyre, while Scott and Bithell both triumphed in the men’s Finn and 49er respectively.

GB topped the sailing medal table at Tokyo 2020 with three golds, a silver and a bronze, and British Sailing Team boss Mark Robinson has paid tribute to the trio’s achievements.

Speaking to the British Sailing website, Robinson said: “All good things must come to an end, and as such these incredible athletes have taken the decision to step back from Olympic campaigning.

“These individuals have made such a huge impact on our sport, their achievements speak for themselves, and they’ve inspired countless youngsters to follow in their footsteps. I feel very proud to have led a team full of such great athletes, and those retiring will be sorely missed.

“However as a team we are well-prepared. Lots of our Tokyo team are going again, plus there are a whole host of talented sailors who’ve been waiting patiently in the wings to get their time to shine.

“With Paris 2024 less than three years away the British Sailing Team is full-steam ahead, with the number one goal of defending our title of the world’s most successful Olympic sailing team.”

Mills and Scott also took Olympic golds in the Rio 2016 470 and Finn respectively, while Bithell’s only other medal at the Games was a 470 silver at London 2012.