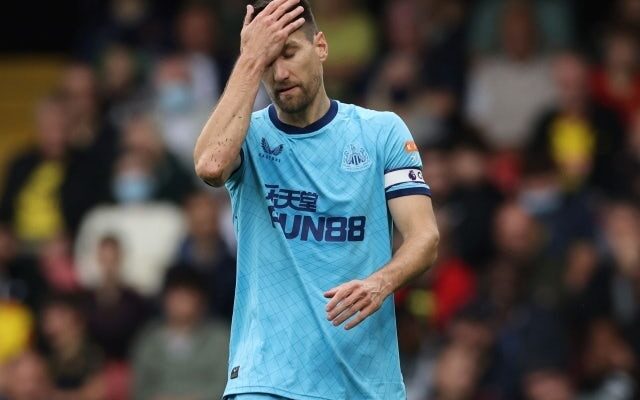 Graeme Jones has revealed exactly why Federico Fernandez has been left out of the Newcastle United team in the past two matches.

The experienced defender signed a two-year contract extension with the club in the summer, but he was left out of the squad against Chelsea at the weekend.

Fernandez was also omitted from his matchday squad against Crystal Palace, with the former Swansea City player having yet to be picked by Jones.

Newcastle have failed to keep a clean sheet in either of the games he has missed, with Fernandez having made five appearances so far this season in the Premier League.