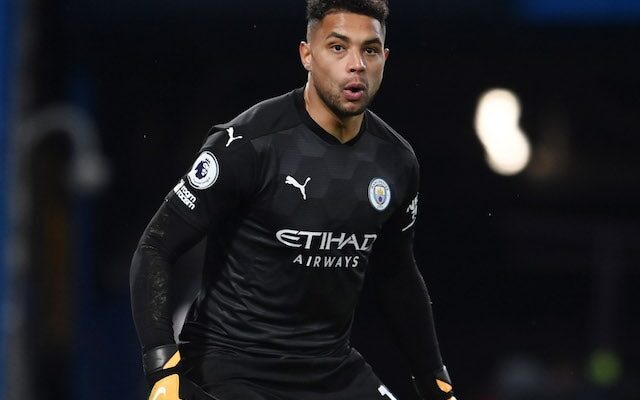 Manchester City have announced that they have agreed a new long-term contract with goalkeeper Zack Steffen.

The United States international is currently in his second season as deputy to Ederson, already making a total of 16 appearances in all competitions.

Despite the prospect of remaining as understudy to the Brazilian in the long term, the 26-year-old has acknowledged that he is motivated to eventually replace his club rival as number one at the Etihad Stadium.

Speaking to the club’s official website, Steffen said: “This is a fantastic moment me – I am so happy to be committing my future to Manchester City.

“In my opinion, this is the best team in world football, with the best manager and best coaching setup. It’s a privilege to be here and contribute to this team achieving its targets.

“I feel I learn every day and I have definitely improved as a goalkeeper since coming here. I contributed to our success last season, which was an amazing experience. I want to keep pushing Ederson every single day and take my chances when they arrive.”

Steffen, who has made four outings this season, has penned a deal which will last until the end of the 2024-25 campaign.