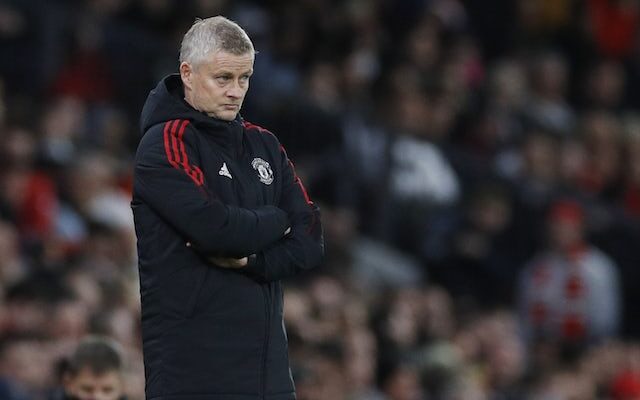 Manchester United‘s owners are reportedly not prepared to back under-fire manager Ole Gunnar Solskjaer with funds in the January transfer window.

Despite spending big on Cristiano Ronaldo, Jadon Sancho and Raphael Varane in the summer, United’s season has hardly gone as planned under Solskjaer.

The pressure on the Norwegian’s shoulders is growing by the week amid a spate of poor results, and a number of senior players supposedly expect their boss to be given the boot soon.

According to The Mirror, the Glazer family do not believe that January transfer business will solve the club’s woes and will not back Solskjaer with funds to improve the squad.

The report adds that Solskjaer does not feel in any imminent danger of losing his job, but he accepts that ‘D-Day’ is on the horizon as his team struggle to perform.

United have lost four of their last six Premier League games under Solskjaer and prepare to face off against Watford after the international break.