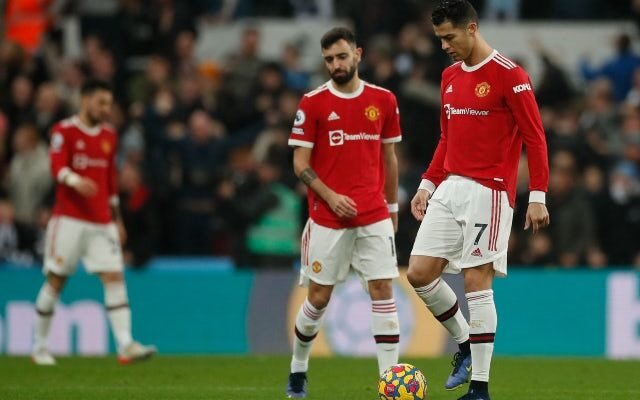 Former Manchester United defender Gary Neville has launched a scathing attack on the club’s “whingebags” after their 1-1 Premier League draw with Newcastle United on Monday.

The Red Devils went into half time 1-0 down at St James’ Park courtesy of Allan Saint-Maximin‘s strike before Edinson Cavani poked home to rescue a point.

Man United largely had a combination of the woodwork and David de Gea to thank for their draw against Newcastle, and Neville pulled no punches during the half-time break.

“Honestly, they’re absolutely shocking out there in that first half. They got the last manager the sack! Ralf Rangnick is not going to get the sack, he’s only had a few weeks with them, but honestly, they’ll get a lot of managers the sack, that lot, if they carry on like that.

“They’ve not done one single thing right as a team, and not one single player can go in and say they’ve done their jobs, or even done themselves justice. There were no positives. Nothing.”