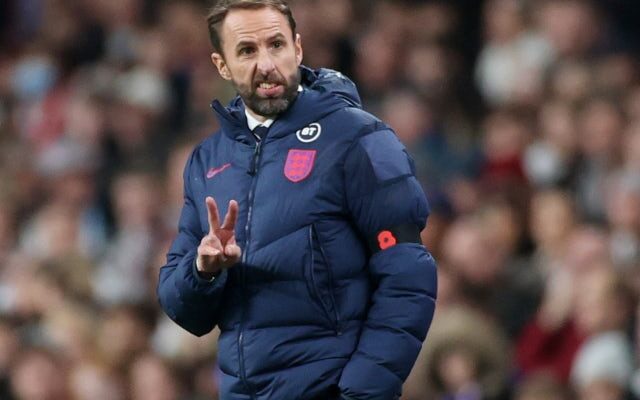 England have confirmed that Three Lions manager Gareth Southgate has signed a new contract until 2024.

The 51-year-old has led England to the semi-finals of the World Cup and final of the European Championships during his tenure, albeit without securing a coveted international trophy.

Southgate’s future with the national team had been the subject of speculation for some time, but the Three Lions boss has now ended such talk over his next career move by committing himself to England until the winter of 2024 alongside assistant coach Steve Holland.

Speaking to englandfootball.com, Southgate said: “I am delighted that Steve and I have been able to extend our stay in our respective roles.

“It remains an incredible privilege to lead this team. I would like to take this opportunity to thank Mark [Bullingham, FA CEO), John [McDermott, FA technical director] and the Board for their support – and of course the players and support team for their hard work.

“We have a great opportunity in front of us and I know they and the fans are all excited about what this squad could achieve in the future.”

Southgate has overseen 64 games in charge of the national team – winning 44 of them – and England qualified for the 2022 World Cup with a 10-0 demolition of San Marino earlier this month.