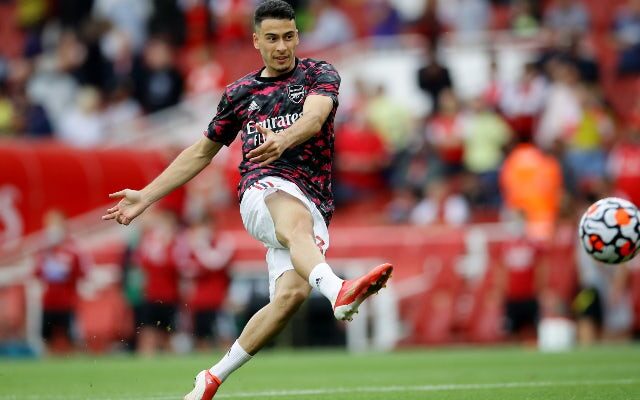 The father of Arsenal forward Gabriel Martinelli has revealed that his son has received “proposals” from foreign clubs to leave North London.

The Olympic gold medallist has struggled for opportunities under Mikel Arteta this term and has been linked with a January exit in order to gain more experience out on loan.

However, Arteta has already ruled out the prospect of Martinelli leaving over the winter, but his father Joao Martinelli has confirmed that parties are interested.

Speaking to Esportes, Joao Martinelli said: “Since he came back from an injury, he’s been playing a lot less than he would have liked. There have been proposals from Europe, but Arsenal has already warned they will not release him.”

Martinelli is without a goal in eight appearances for Arsenal this term across all competitions and has only made three substitute appearances in his side’s last nine Premier League games.

The 20-year-old boasts a total of 12 goals and seven assists in 56 matches for the Gunners since arriving in 2019 and is not due to become a free agent until the summer of 2024.