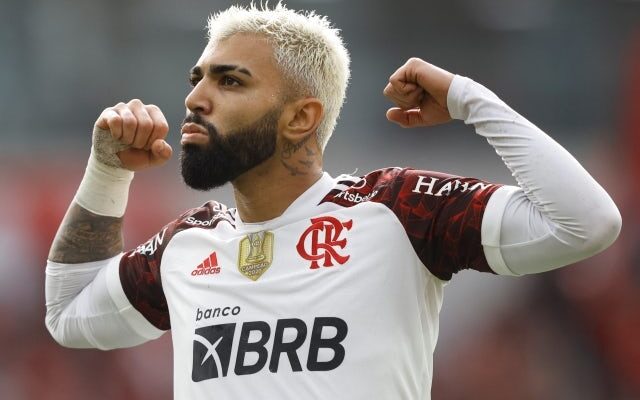 Brazilian striker Gabriel Barbosa has reportedly told Flamengo that he is keen to hold talks with West Ham United ahead of a proposed move to the London Stadium this month.

The Hammers are understood to have had an 18-month loan approach for the 25-year-old, nicknamed “Gabigol”, rejected by Flamengo, with the Brasileiro outfit keen to keep hold of their star striker.

According to Sky Sports News reporter Dharmesh Sheth, Gabigol has held talks with Flamengo representatives and has told them that he would like to speak with the Hammers if a suitable offer is made by the Premier League club.

Sheth adds that an 18-month loan offer with an €30m (£25m) obligation to buy – based on the number of appearances he would make – is currently on the table.

Gabigol, who is out of contract in December 2024, believes a January move to Europe would give him a better chance of cementing himself as a first-team regular with the Brazil national team for this summer’s World Cup in Qatar.

The former Inter Milan and Benfica striker enjoyed a brilliant 2021 campaign in front of goal, netting 29 times in 43 appearances across all competitions.