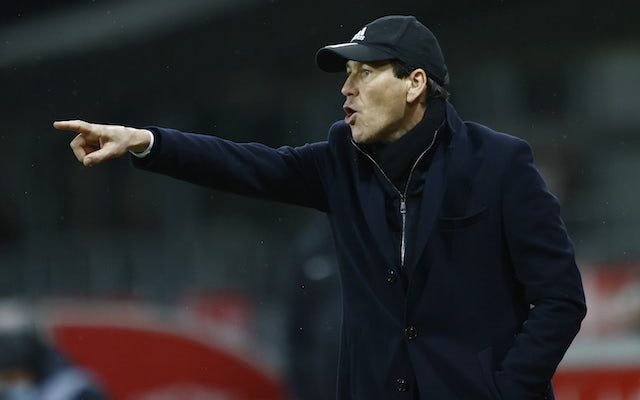 Rudi Garcia has insisted that he will “neither confirm or deny” that he is a candidate for the interim managerial position at Manchester United.

The hierarchy at the Premier League outfit have signalled their intent to appoint a new boss until the end of the campaign after parting company with Ole Gunnar Solskjaer.

Garcia, who has been out of work since departing Lyon in May, is one of a number of names who have been linked with a move to Old Trafford over the coming days.

However, speaking ahead of his media duties for Manchester City’s fixture with Paris Saint-Germain on Wednesday night, the Frenchman said that he did not want to comment on any speculation.

The 57-year-old is quoted by Manchester Evening News as saying: “In all seriousness, I don’t usually comment on rumours in my career. I won’t say anything about it.

“Manchester United are one of the biggest clubs in the world. I neither confirm nor deny anything.”

Caretaker boss Michael Carrick, former Barcelona manager Ernesto Valverde and ex-France coach Laurent Blanc are also said to be in the running for the post.