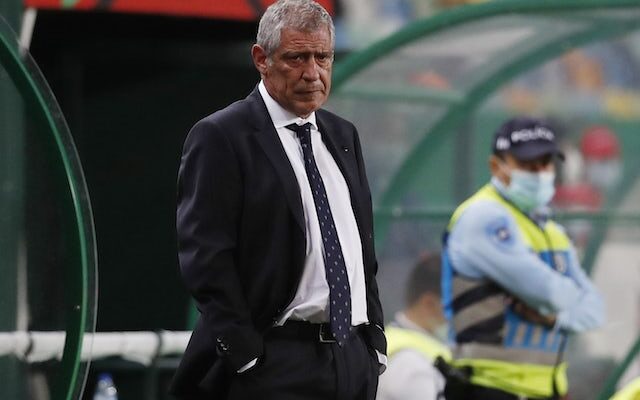 Portugal boss Fernando Santos has admitted that his side “played with fear and a bit of anxiety” in Sunday’s World Cup 2022 qualification contest with Serbia.

A Selecao only needed a draw against Serbia to secure automatic qualification for next year’s tournament, but they suffered a 2-1 loss on home soil, with Aleksandar Mitrovic netting a winner for the visitors late on.

Portugal are now facing the playoffs as they bid to be present in Qatar, and Santos has conceded that the team is currently “lacking personality”.

The experienced head coach also claimed that Bernardo Silva “was the only one” willing to get on the ball for the hosts during the Group A contest.

“Our DNA is to play with our feet, but we had difficulties. It’s true that the team is lacking personality,” Santos told RTP. “Bernardo [Silva] wanted the ball, but he was the only one. We played with fear and a bit of anxiety. The responsibility is mine.”

Portugal ended Group A with a record of five wins, two draws and one defeat from eight matches, which saw them finish second behind Serbia, who have qualified for the World Cup.