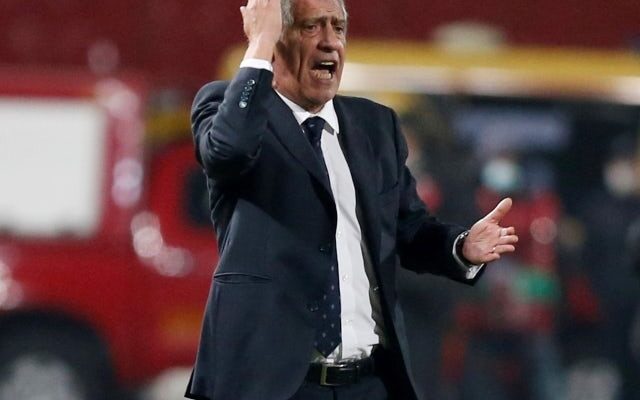 Portugal boss Fernando Santos has insisted that he is not thinking about the six players in the squad on yellow cards ahead of Thursday’s World Cup 2022 qualification fixture with the Republic of Ireland.

Joao Cancelo, Joao Palhinha, Diogo Jota, Renato Sanches, Ruben Dias and Jose Fonte are all at risk heading into the clash with Ireland, as a booking would rule them out of Sunday’s key clash with Serbia.

However, Santos has said that his team have to focus on the match with ROI, and he is not prepared to rest those in danger of missing out this weekend.

“The most important match is with Ireland. Saving some players, it cannot be analysed just like that,” the Portugal manager told reporters. “First of all, I have confidence in all the players. Those who play against Ireland will play because I trust them fully.

“My players will play full-out and dispute every ball, I have no doubts. But when you know a yellow card will stop you from playing in the next match, subconsciously it can condition you in a way.”

Portugal, who will be without the services of the injured Bernardo Silva on Thursday, are currently second in Group A, one point behind section leaders Serbia, who have played a game more.