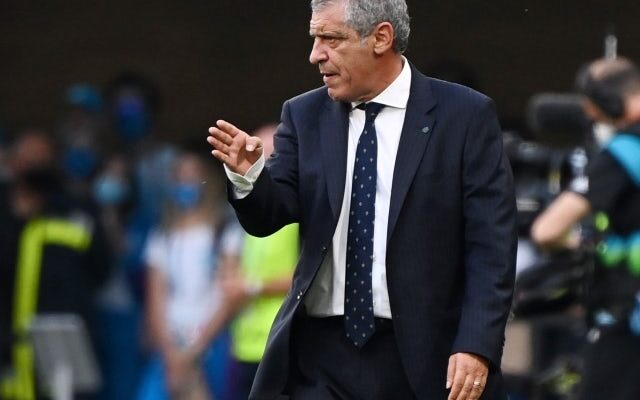 Portugal boss Fernando Santos is “convinced” that his side will be present at the 2022 World Cup.

Thursday’s goalless draw with the Republic of Ireland moved Portugal to the top of Group A, and a draw against Serbia on Sunday will be enough to see A Selecao qualify for next summer’s competition.

Santos has claimed that his team “could have done better” against the Republic of Ireland, but the experienced head coach has no fears that Iberian nation will miss out on the finals.

“A draw or a 5-0 win was the same thing, but of course I would rather win. It’s a positive result and we know that. At this moment, the Serbia team has to play in our stadium to win the game. I’m convinced we’re going to be at the World Cup,” Santos told the Portuguese Football Federation’s website.

“In terms of defensive organisation, we allowed a lot of space. We had a hard time dealing with the game. They [Ireland] were always very fast and they diminished our ability to hold the ball. We could have done better.”

Portugal have been present in each of the last five World Cups, reaching the round of 16 in 2018, while they finished fourth at the 2006 competition.