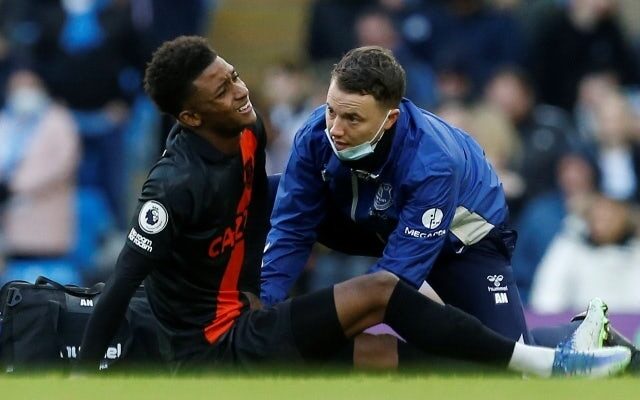 The winger had to be substituted just 16 minutes into the match at the Etihad Stadium after going down with a problem to his groin.

It is not confirmed what the injury is at this moment in time, but Gray was holding that area of his leg and was promptly substituted by Rafael Benitez.

While he did receive some treatment on the field, it was clear that he would not be able to continue playing, which led to Alex Iwobi being brought on.

Gray now joins a growing list of injury problems for the Toffees with Dominic Calvert-Lewin, Abdoulaye Doucoure, Yerry Mina, Andre Gomes and Tom Davies all currently out of action.

It is unknown how long he will miss, but Everton will be back in action next Sunday when they travel to face Brentford.