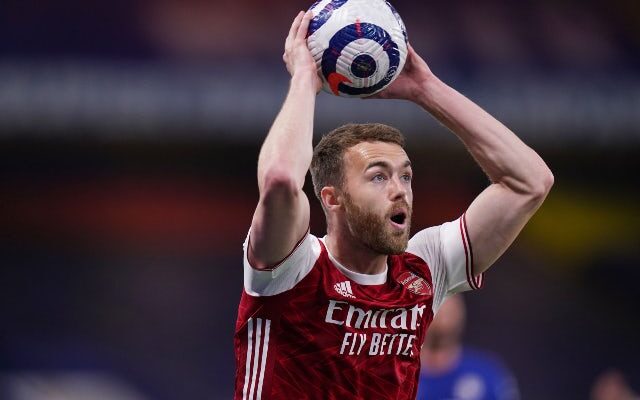 Having failed to make a Premier League appearance since August, Chambers is not expected to extend his contract past the end of the current campaign.

While the 26-year-old could wait to become a free agent in the summer, the Gunners are said to be keen to receive a fee for the Englishman in January.

According to The Sun, Everton view the versatile Chambers as a realistic alternative to Ainsley Maitland-Niles.

Mikel Arteta is against parting ways with the academy graduate, seemingly forcing the Toffees to focus on trying to sign Chambers for a lower fee.

The report suggests that the player may be available for a fee in the region of £5m.