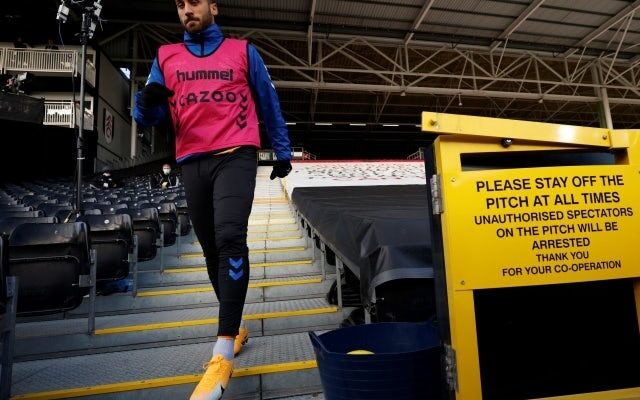 Everton are reportedly considering allowing Cenk Tosun to leave the club for free in the upcoming transfer market.

The striker has been with the club since the 2018 January window when he signed from Besiktas for £27m and since that point, he has spent time away from Merseyside on loan with Crystal Palace and his former team in Turkey.

According to A Haber, the Toffees are now willing to allow him to leave in order to reduce the wage bill, and they may not even demand a fee for him.

Tosun has been linked with a return to Besiktas, and with his contract expiring with Everton at the end of the season, the upcoming transfer window would be the only time they could make money from him.

The Toffees will be playing Tottenham Hotspur this weekend, but it remains to be seen whether or not Tosun will be involved in the matchday squad.