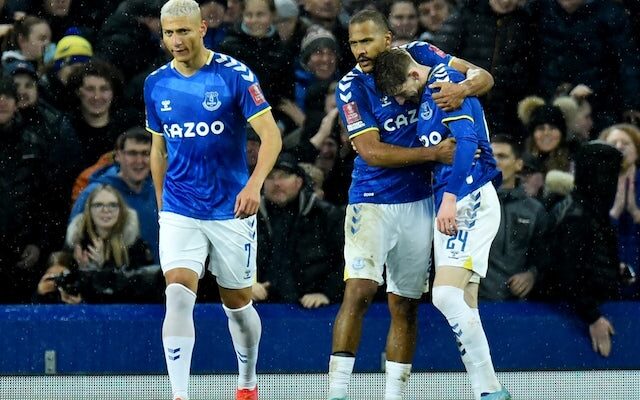 The Toffees recently allowed Allan to join side Al Wahda, and the Brazilian could be followed to the United Arab Emirates by his former teammates.

According to The Mirror, Sharjah FC have made an offer to sign Salomon Rondon ahead of Tuesday’s transfer deadline in the UAE.

Although Everton have an option to extend Rondon’s contract which expires next summer, they are said to be willing to offload the forward.

Following the arrival of Neal Maupay in the summer, Rondon has only started one Premier League game this season, and with Dominic Calvert-Lewin nearing a return from injury, his playing time could decrease further.

After joining the Merseyside club, Rondon could be set to say farewell after scoring three goals and providing one assist in 28 appearances.