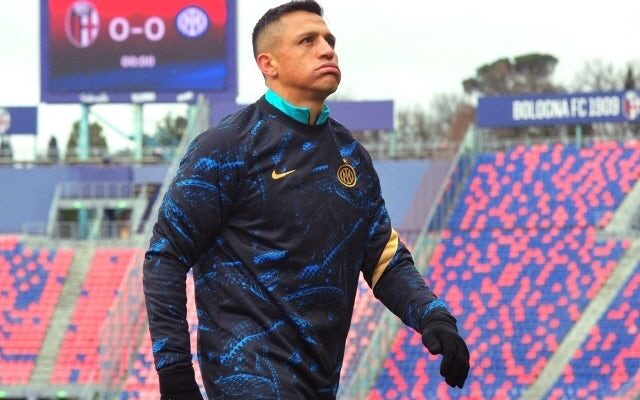 Everton have been offered Alexis Sanchez on a free transfer from Inter Milan, according to a report.

The Toffees have been active within this transfer market, signing Vitaliy Mykolenko and Nathan Patterson, with Rafael Benitez trying to bolster his squad for the second half of the season.

However, there are now fears that the club could be set to lose Richarlison or Dominic Calvert-Lewin in order to raise funds due to the financial fair play restrictions they are dealing with.

According to The Sun, the Serie A side have offered Everton the chance to sign Sanchez on a free, with the club hoping to offload him.

The 33-year-old has plenty of Premier League experience due to his spells with Arsenal and Manchester United, but he only managed five goals in 45 appearances for the Red Devils before joining Inter Milan in 2019.

Sanchez is also an option for Barcelona, who are dealing with their own money issues, providing the winger with a decision to make if he is to leave Italy.