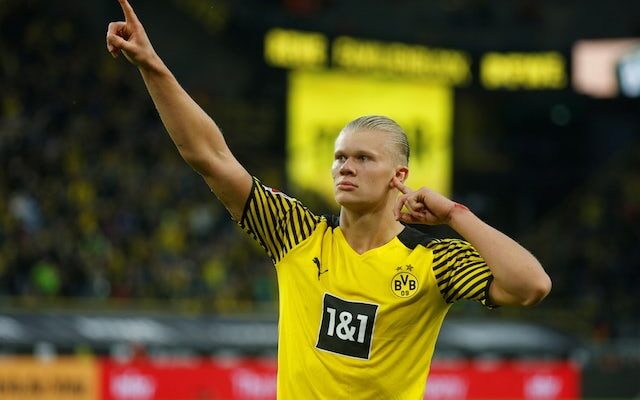 The 21-year-old has scored 70 goals and registered 19 assists in 69 appearances for BVB since making the move from Red Bull Salzburg in January 2020.

There will be a £63m release clause in his contract next summer, and a host of clubs, including Manchester United, Manchester City, Chelsea, Bayern Munich and Barcelona, are said to be interested.

However, according to Goal, Haaland views Real Madrid as his preferred destination if he moves teams during next summer’s transfer window.

The report claims that the Norway international is yet to make a final decision on his future, though, with the forward open to all possibilities next year.

Haaland, who is currently on the sidelines with a hip problem, has scored 13 times and registered four assists in 10 appearances for his German club during the 2021-22 campaign.