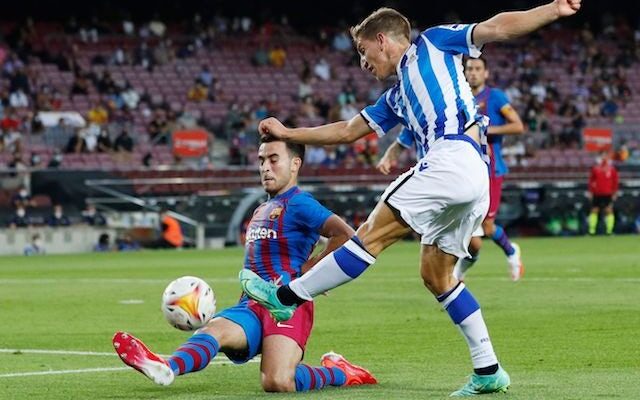 Barcelona centre-back Eric Garcia has insisted that he will always be “self-critical” and knows he has to show an improvement after an indifferent start to the 2021-22 campaign.

The 20-year-old returned to Camp Nou over the summer after running down his contract at Manchester City.

Garcia has been a regular for the Catalan giants during the current season, making 10 appearances in all competitions, including eight outings in Spain’s top flight.

The Spain international’s performances have been criticised by sections of the Barcelona support, though, and the youngster has vowed to continue working hard in order to carve out a long career at the club.

“I am the first to be self-critical and I know I have to improve… I know there have been games where I could have done better,” Garcia told reporters. “I have been working on improving for a while, I just hope I can be at Barcelona for a long time and help the team as best I can.

“When I took the decision to come here I was sure and that has not changed. We have a great team and even though results are not what we could like, there is still a long way to go in the season.”

Garcia is currently with the Barcelona squad in Ukraine preparing for Tuesday’s Champions League clash with Dynamo Kiev.