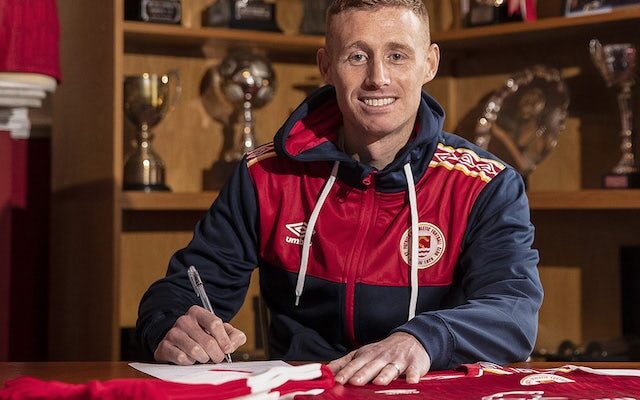 Eoin Doyle has signed for his hometown club St Patrick’s Athletic after Bolton Wanderers agreed to cut his contract short.

The 33-year-old striker arrives at the League of Ireland side after 18 months with the Trotters, helping them to promotion from League Two last season as the side’s top scorer.

Doyle had 18 months remaining on his existing deal but has now been allowed to sign a long-term contract with Tim Clancy‘s side and will link up with his new teammates this weekend ahead of the new season starting next month.

“I’m delighted, I’m buzzing to be finally home and I’m happy to have joined such a big club,” he said. “I’ve got a very good relationship with the manager, we go back a bit having played together, we speak quite frequently.

“It was a huge decision for me and coming home was a major factor, I’ve always been a big fan of the league, and looked out for the results of the clubs I’ve played at and Tim’s results at Drogheda etc.

“I didn’t want to come back when I was too old when I couldn’t add any value to the team, it was important for me to come back and try have some success.”

Bolton manager Ian Evatt said: “Eoin was a fantastic signing for us who played a vital role in last season’s success. He has continued to be an important player this season but this is an outstanding opportunity for him and we didn’t want to stand in his way.

“He can now prolong his career back in Ireland and, just as importantly for him, take his family back home.”

Doyle returns to Ireland after more than 10 years playing in England and Scotland, during which time he has won the League Two title with three different clubs – Chesterfield, Portsmouth and Swindon Town – and clocked up 151 goals in 455 appearances.