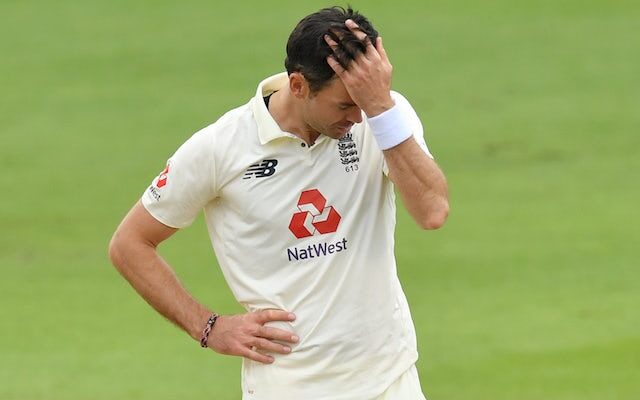 James Anderson has admitted that England experienced “a very disappointing finish” to day two of the third Test having earlier put Australia under pressure.

After a morning which had seen two backroom staff and two family members test positive for coronavirus, England rallied to dismiss Australia for 267, leaving them with a deficit of 82 runs.

Anderson starred during that reply, posting figures of 4-33, but each of the bowling attack chipped in with wickets at regular intervals.

However, Australia were inspired during the closing hour as Mitchell Starc and Scott Borland took two wickets apiece to reduce England to 32-4, still trailing by 51 runs.

Despite acknowledging the high level of Australia’s bowlers, Anderson said that he and his teammates had been left ‘frustrated’.

Speaking to Test Match Special, the veteran paceman said: “It’s a very disappointing finish to the day. It wasn’t easy to bowl Australia out but it was a good effort to do so. It was a challenging hour from Pat Cummins and Mitchell Starc at the end but you expect that from world-class bowlers.

“It’s been a frustrating tour so far. We are working hard and trying to put things right. We hit our areas with the ball but a frustrating end to the day.”

As it stands, all of England’s players have tested negative for coronavirus, but PCR tests were taken after the close of play.