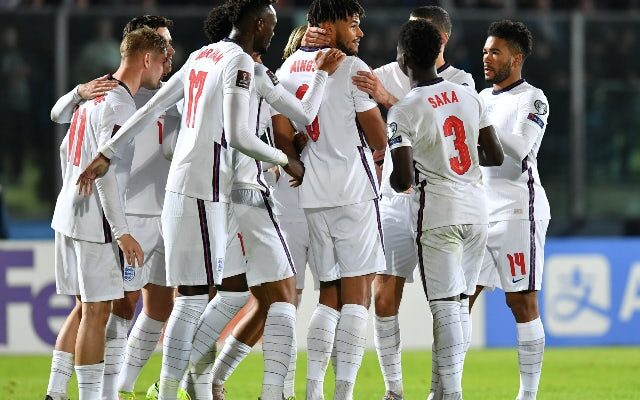 England booked their spot at the 2022 World Cup after putting 10 unanswered goals past San Marino in Monday’s final Group I battle.

Harry Kane notched up four goals to go level with third-placed Gary Lineker in the all-time England goalscoring charts, while Harry Maguire and Filippo Fabbri’s own goal saw the Three Lions take a 6-0 lead into the break.

Smith Rowe and Tyrone Mings proceeded to score their first goals for the senior side in the second 45, with further strikes from Bukayo Saka and Tammy Abraham completing the double-figure rout.

The Three Lions have assured themselves of an automatic route into next year’s tournament, while Scotland will settle for a playoff place despite beating group leaders Denmark 2-0.