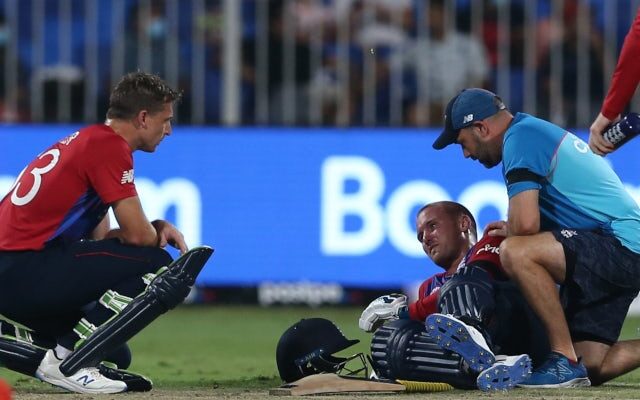 England confirm that opening batsman Jason Roy has been forced to withdraw from the T20 World Cup through injury.

Roy had been a mainstay in the team before pulling up with a calf problem during Saturday’s defeat to South Africa.

The reaction of the player at the time strongly suggested that he knew his fate, and it has since been revealed that the 31-year-old tore his left calf muscle.

Reacting to the news, Roy said: “I’m gutted. It is a bitter pill to swallow. I will be staying on to support the boys, and hopefully we can go all the way and lift that trophy.

“It has been an unbelievable journey so far, and we have to continue expressing ourselves and concentrating on us.”

James Vince, who was a travelling reserve, will now come into contention for Wednesday’s semi-final against New Zealand.