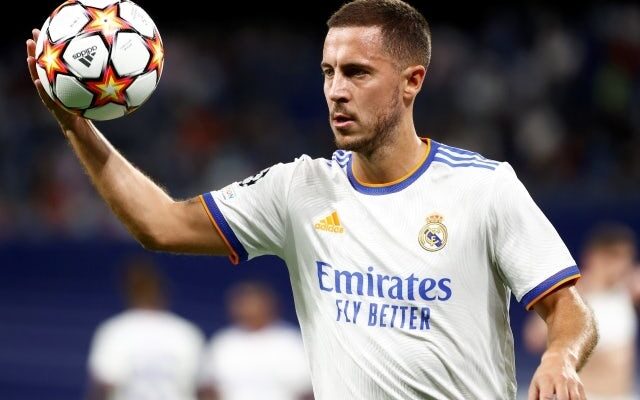 Eden Hazard is reportedly refusing to leave Real Madrid during the January transfer window and wants to remain at Bernabeu until the summer before making a decision on his future.

The Belgium international has struggled to show his best form for Los Blancos since arriving from Chelsea in July 2019, while he has again found it difficult this term, contributing just two assists in 16 appearances.

Newcastle United allegedly had a recent offer for the attacker accepted by Real Madrid, but the 31-year-old turned down the chance to move to St James’ Park.

According to Marca, despite struggling for regular action this season, Hazard is not interested in leaving Bernabeu this month, as he does not want to move his family at short notice.

The report claims that Carlo Ancelotti‘s side are determined to move the Belgian on this year in order to make room in the wage budget for Paris Saint-Germain‘s Kylian Mbappe and Borussia Dortmund‘s Erling Braut Haaland.

Hazard, who has scored five times and registered 10 assists in 59 appearances for Real Madrid, still has two-and-a-half years left to run on his contract in the Spanish capital.