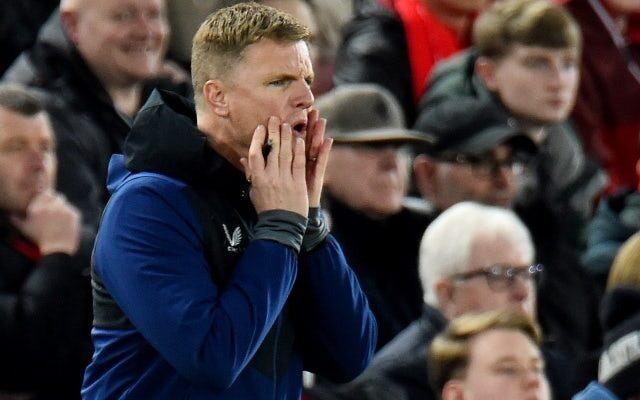 Eddie Howe has made it clear that he has no desire to sell players in the upcoming transfer window.

Newcastle United currently find themselves 19th in the Premier League table, having only won a single game throughout the campaign, which places some importance on the market when it opens.

Even though the Magpies have been linked with plenty of transfers for a variety of people, that does not mean that Howe wants his current squad to leave.

“I have had none of those conversations with my players and I would not encourage them, either,” he told reporters.

“We need everyone that is here focused on the fight to stay in the league. Simple as that. I would not encourage anyone to look anywhere else.”

Newcastle United will be in action today as they play Manchester United, which will mark the second time they have faced each other this season, with the Red Devils winning 4-1 prevoiusly.