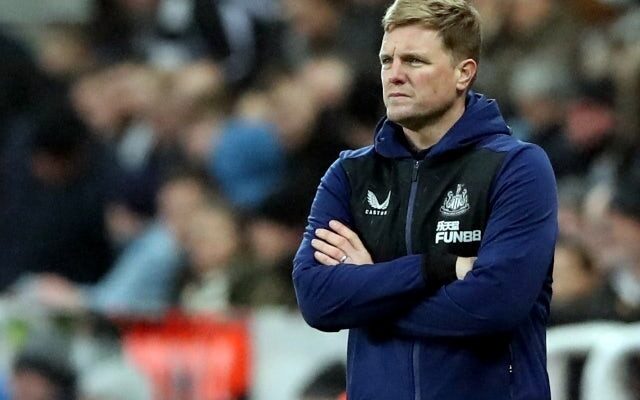 Eddie Howe has admitted Newcastle United could struggle to field a team against Everton on Thursday.

The Magpies will travel to Goodison Park for their latest Premier League fixture, but due to injuries and COVID-19 issues, the squad has been stretched.

Both Callum Wilson and Allan Saint-Maximin were added to the growing list of players that are unavailable after they had to be replaced on Monday against Manchester United.

“The lads gave everything but we are thin on the ground in terms of bodies,” Howe told Sky Sports News.

“These are difficult moments for us. I believe it is 13 plus a goalkeeper [players required for a game to proceed]. We are going to be dangerously close to that number.”

Newcastle were able to pick up a crucial point against the Red Devils as the two teams battled it out to a 1-1 draw, but they still remain inside the relegation zone.