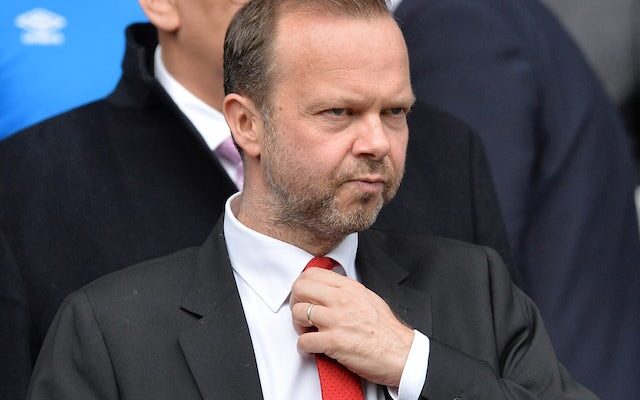 Ed Woodward is reportedly in talks to stay on in a separate role at Manchester United once he steps down as executive vice-chairman.

The 50-year-old has been working in his current role since 2012, overseeing a difficult period for United in the eight years since Sir Alex Ferguson retired.

United announced in April that Woodward is stepping down at the end of this year, with Richard Arnold set to take over from January.

However, according to the Daily Mail, Woodward has been offered the chance to remain at Old Trafford in a consultancy position.

Discussions between the club and Woodward are said to be ongoing, though the move will not go down well with United supporters.

The Red Devils have not won a Premier League title since Ferguson’s last season in 2012-13 and have lifted just three major trophies since then.

The behind-the-scenes changes come at a time when manager Ole Gunnar Solskjaer is under severe pressure, but United reportedly have no plans to sack the Norwegian.