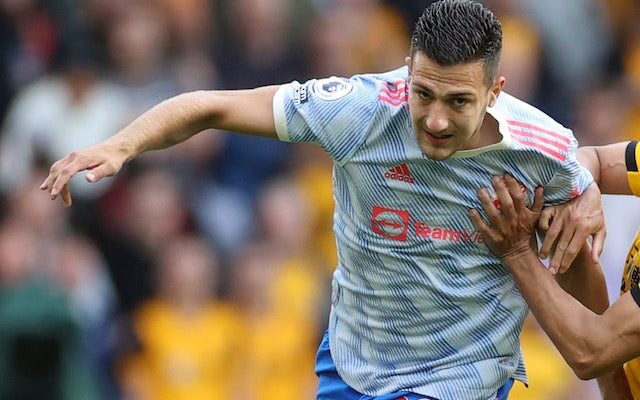 Diogo Dalot is allegedly keen to remain at Manchester United amid suggestions that Roma are looking to sign him during the January transfer window.

The Portugal international has made six appearances for the Red Devils during the 2021-22 campaign, including three outings in the Premier League, but he is behind Aaron Wan-Bissaka in the pecking order at Old Trafford.

A recent report claimed that Roma boss Jose Mourinho, who brought the right-back to Man United from Porto in 2018, is keen on a reunion with the 22-year-old in Italy.

However, according to CaughtOffside, Dalot is planning to stay with the 20-time English champions to fight for a regular first-team role.

The report claims that the Red Devils could soon open talks with the Portuguese over a new deal, as his current terms are due to expire in June 2023.

Dalot spent last season on loan with AC Milan, making 33 appearances for the Italian giants in all competitions, before returning to Manchester over the summer.