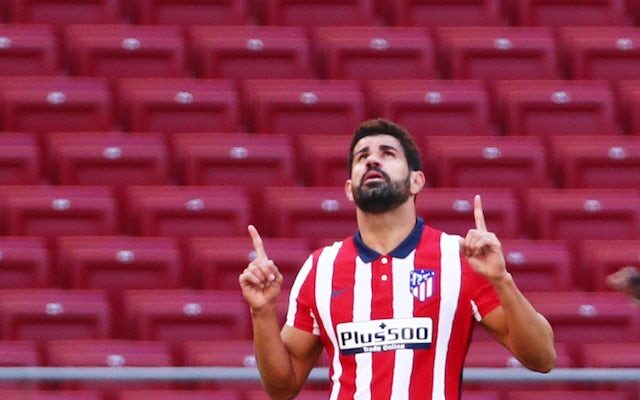 Atletico Mineiro striker Diego Costa has reportedly agreed to terminate his contract with the Brazilian club.

The 33-year-old arrived back in his homeland in the summer of 2021 after departing Atletico Madrid this time last year, scoring five goals in 19 appearances in 2021.

Costa’s short-term deal with Atletico Mineiro was due to expire in December of this year, but according to transfer expert Fabrizio Romano, the former Chelsea man will soon become a free agent again.

“Diego Costa has reached an agreement with Atletico Mineiro to terminate his contract and part ways with immediate effect. Former Chelsea and Atletico Madrid striker’s gonna be now available on a free transfer,” Romano wrote on Twitter.

Spanish sides Cadiz, Elche and Eibar have all been linked with a move for Costa, who won the league and cup double during his short time with Atletico Mineiro.