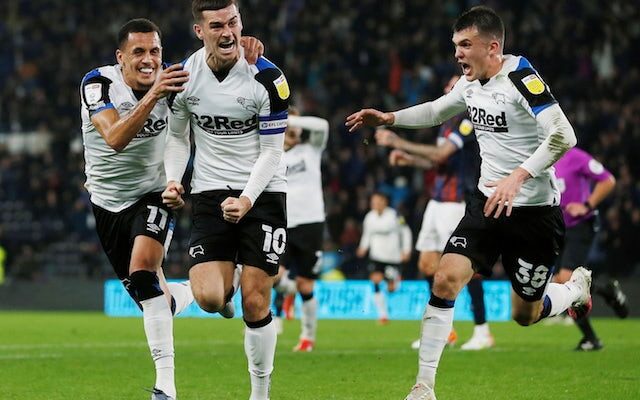 Derby County will reportedly make Tom Lawrence available on a free transfer during the January window.

Having been deducted a total of 21 points this season, the Rams currently sit 18 points adrift of safety in the Championship standings.

Barring an unlikely run of form, the East Midlands outfit are facing relegation to League One at a time when they are attempting to find a new owner.

Taking their predicament into account, the Daily Mail claims that top-earner Lawrence will be allowed to depart Pride Park for nothing at the start of 2022.

Despite the Wales international arguably being their biggest asset, administrators would seemingly prefer to get his wages, said to be at £37,000 per week, off their outgoings as soon as possible.

The report claims that Bournemouth, West Bromwich Albion, Stoke City and Swansea City are all monitoring the 27-year-old’s situation.