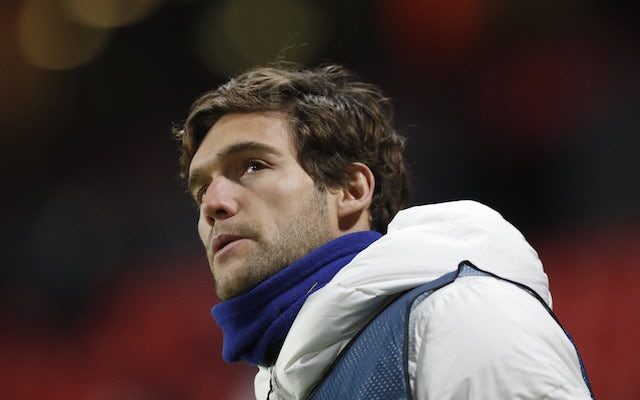 Chelsea head coach Thomas Tuchel has revealed that Marcos Alonso will miss Saturday’s Premier League fixture with Burnley because of an ankle injury.

The Spaniard returned to the starting lineup in midweek as the Blues recorded a narrow 1-0 victory over Malmo in the Champions League.

However, the left wing-back, who is unlikely to have kept his place against the Clarets, sustained an issue with his ankle during the closing stages in Sweden.

Speaking to reporters at a press conference, Tuchel said: “Marcos Alonso injured himself in the very last minute of the Malmo match.

“He tried now to come out for training, but the stress is too high on the ankle. It’s too painful. Nothing big, but he will not be in the squad for tomorrow”

While Tuchel also revealed that Mason Mount may return after an infection in his wisdom tooth, Mateo Kovacic, Timo Werner and Romelu Lukaku all remain on the sidelines.