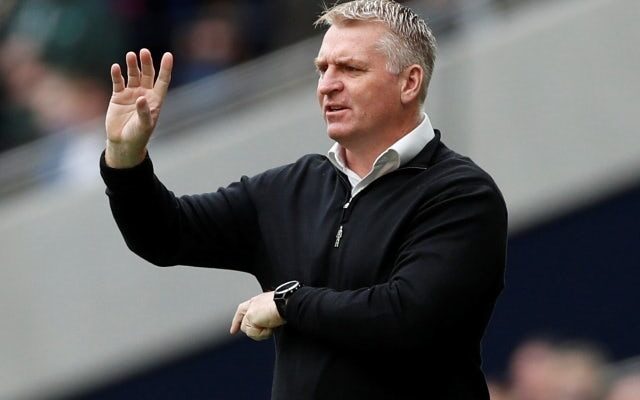 Dean Smith is reportedly interested in signing a striker in the upcoming transfer window to bolster the attacking options at Norwich City.

The former Aston Villa boss will take charge of the club for the first time this weekend when the Canaries face Southampton, which will allow him to have a look at his players in action.

However, Football Insider have reported that Smith is looking at options to sign in the upcoming window and a Premier League quality striker is at the top of his wish list.

No team has scored fewer goals than the Canaries so far this season, with the squad having only found the back of the net five times so far.

Teemu Pukki is the top scorer for the club at the moment with three goals, while Josh Sargent has failed to open his tally so far after signing in summer.

Norwich City are currently bottom of the Premier League and find themselves five points adrift of safety after winning just one match this season.