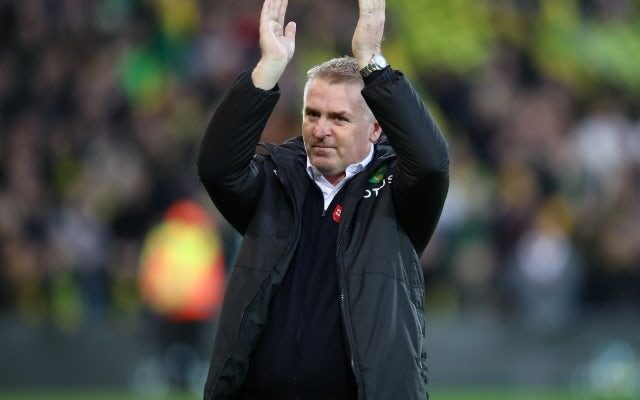 Dean Smith has spoken about the lack of goals that Norwich City have scored so far this season, addressing the situation openly.

The Canaries have only managed to find the back of the net seven times in the Premier League, which is lower than every other club in the division.

With the number that they have conceded, Norwich have already got a -20 goal difference, which also happens to be the worst in the league, with this being an aspect of the game that new manager Smith has to focus on.

“I do not think we can be reliant on just one player,” the Norwich boss said when speaking about Teemu Pukki.

“He is certainly a very good player and he has got an unbelievable goal-scoring history at this football club. But, we have to be more than about just one player.”

Pukki has managed four goals so far this season, having gotten himself on the scoresheet in both of Norwich’s recent victories.