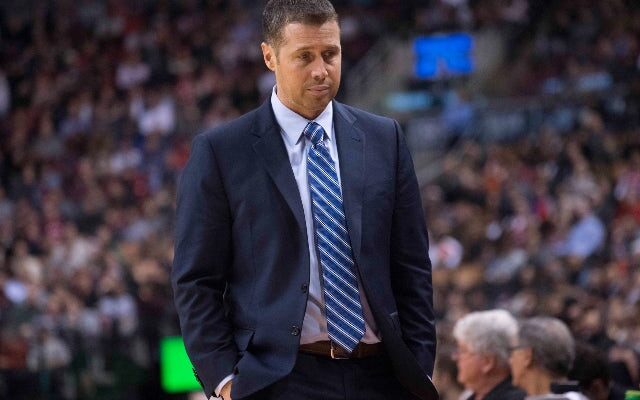 Philadelphia 76ers assistant coach Dave Joerger has revealed that he will be stepping away from the team to undergo treatment for cancer.

The 47-year-old has managed to continue his coaching commitments alongside treatment for the past couple of weeks, but the 76ers now face five road fixtures in succession.

As a result, Joerger confirmed that he will be taking time out to focus on his recovery during an interview on ESPN’s The Woj Pod podcast over the weekend.

“We have caught it early, I’m very lucky. I’ve got over a 90% chance of cure rate, but it’s very scary and it’s not enjoyable going through,” Joerger told the podcast.

“I can’t go on the road and do radiation and chemotherapy in different cities around the country. To continue my treatment, I need to step away from the team.”

A statement from head coach Doc Rivers read: “Dave is not only one of the most talented and respected coaches in the NBA, but he’s a great friend, colleague, husband and father. The same positivity, enthusiasm and grit that have made him a successful coach will also carry him through his fight against cancer.”

The 76ers begin their series of road fixtures on Tuesday night against the Utah Jazz.