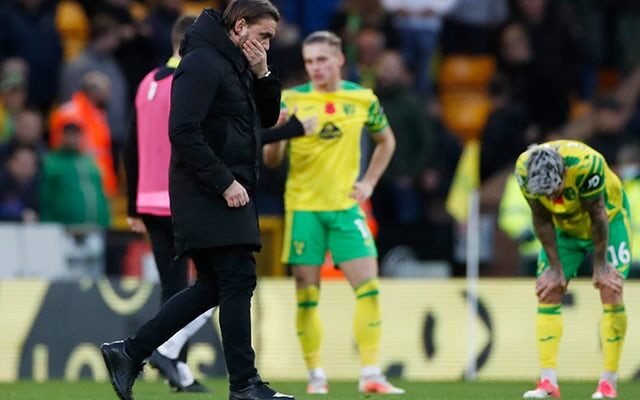 Raphinha put the visitors ahead in the 56th minute, but Andrew Omobamidele immediately drew the Canaries level before Rodrigo rounded off a dramatic five-minute spell to put the Yorkshire outfit back ahead and seal all three points.

Such a result saw Norwich’s winless run extended in the top flight, having now failed to win any of their 10 league games this term, leading to growing pressure on the German manager.

“If you draw a line under this game we didn’t win the points and for that it is disappointing and also not good enough.”

The Norfolk outfit failed to bounce back from a 7-0 defeat to Chelsea last Saturday, seeing them remain at the foot of the table with just two points from their opening 10 outings.