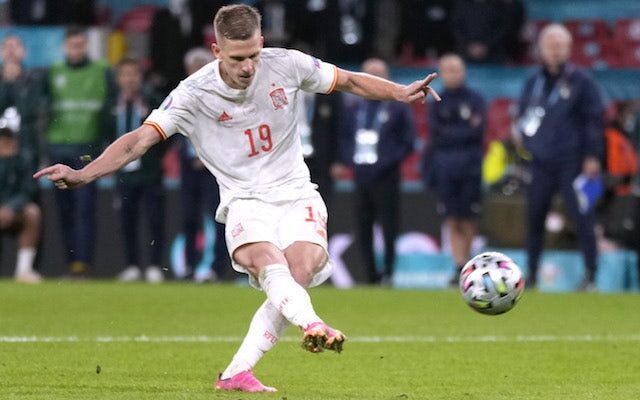 RB Leipzig attacker Dani Olmo has reportedly told Manchester United that he would prefer to secure a return to Barcelona during the January transfer window.

Man United and Barcelona are believed to be going head to head for the services of the Spain international, who has already already come to an agreement with Leipzig over an exit.

A recent report claimed that the Catalan giants faced missing out on the attacker if they prioritised a move for Manchester City’s Raheem Sterling at the start of 2022.

However, according to El Nacional, Olmo would rather return to Barcelona, who he represented between 2007 and 2014 before leaving for Dinamo Zagreb, than move to Man United.

The report claims that the Spaniard’s family still live in Barcelona, and he is keen to prove himself in the first team at the Catalan club, having failed to make the breakthrough earlier in his career.

Olmo has scored 12 times and registered 14 assists in 67 appearances for Leipzig since making the move from Dinamo Zagreb in January 2020.

Sort:
Newest Oldest
Auto-refresh:
On Off