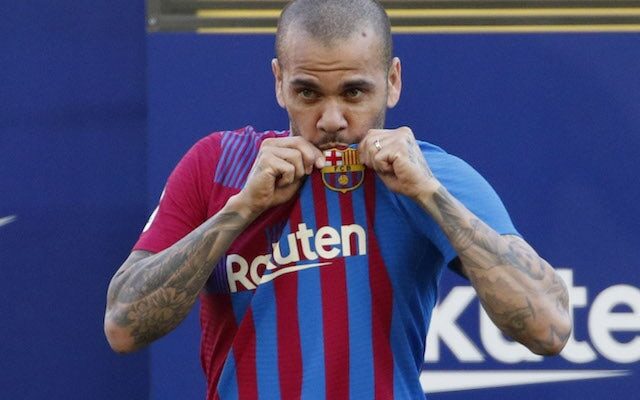 Dani Alves is in line to make his second debut for Barcelona after being registered in time for Wednesday’s Copa del Rey contest with Linares Deportivo.

The Brazilian returned to Camp Nou in November but has thus far been unavailable for selection.

Alves has now received his clearance to be officially registered, though, with the right-back being included in the squad for the match against Linares.

The 38-year-old recently tested positive for coronavirus and was initially expected to be unavailable for the Copa del Rey contest, but the veteran defender has now returned a negative test.

Alves, who has signed a deal at Camp Nou until the end of the season, made 391 appearances for Barcelona during his first spell at the club between 2008 and 2016.

The South American won four Copa del Rey titles during his time with the Catalan giants and could potentially make his second La Liga debut for the club against Granada on January 8.