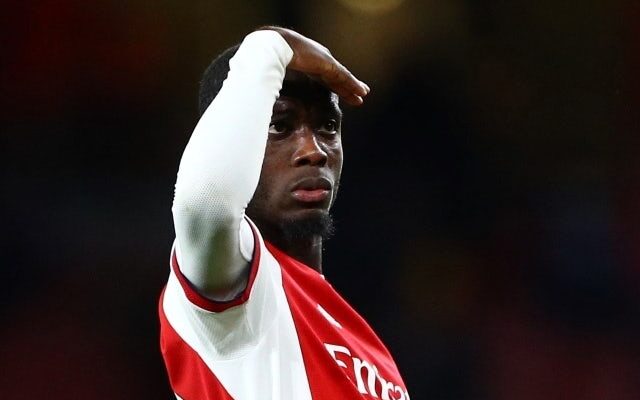 Crystal Palace are reportedly interested in signing Nicolas Pepe in January, potentially providing him the chance to work with Patrick Vieira.

The winger has only started five times this season in the Premier League, with just one assist to his name and a potential move in the upcoming transfer window is now being discussed.

According to Jeunes Footeux, Palace are one of three clubs in the division that are interested in securing his services, in what would initially be a loan deal until the end of the season.

Pepe is Arsenal‘s record transfer, originally costing the club £72m from Lille and he is currently on a wage of £140,000 per week.

However, the Eagles are reportedly keen to sign him, adding to their attacking options as Viera looks to continue his impressive start as the manager of the club.

Crystal Palace currently find themselves 10th place in the Premier League and they only sit five points behind the Gunners after the opening 11 fixtures.