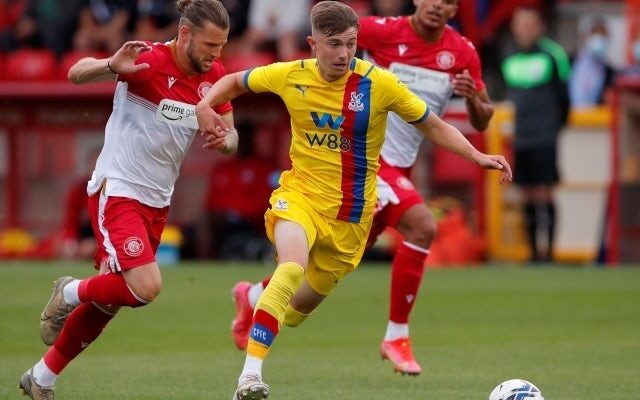 Crystal Palace have turned down a loan offer for Jack Wells-Morrison, according to a report.

The midfielder has been under contract with the Eagles since he was six years old, and he has been attracting attention due to his performances in the Under-23s this season.

According to TeamTALK, there are a number of teams in the Championship and League One that are interested in signing the youngster, including Charlton Athletic.

However, it is Patrick Vieira who has put a stop to the move, with the Eagles manager not wanting to let him go as he has intentions of bringing him into the first-team squad.

Wells-Morrison was part of the squad for the recent FA Cup victory against Millwall, although he ended up being an unused substitute in the 2-1 victory.

Crystal Palace will return to Premier League action on Friday when they face Brighton & Hove Albion.