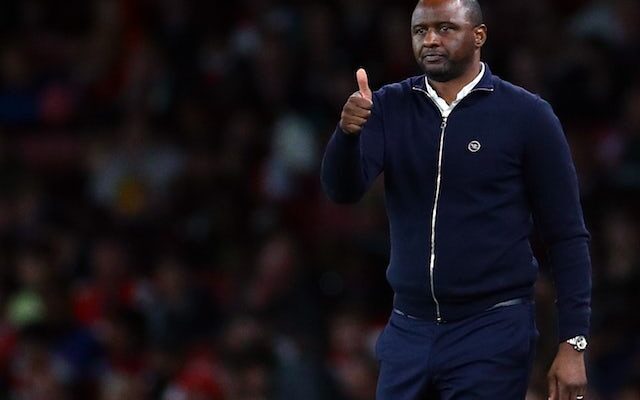 Crystal Palace have reportedly planned for a quiet transfer window after the turn of the year.

Following the appointment of Patrick Vieira, the Eagles enjoyed a busy summer of incomings, with centre-back duo Marc Guehi and Joachim Andersen arriving at Selhurt Park.

The pair were joined by Reading midfielder Michael Olise and Celtic striker Odsonne Edouard, who has already netted three goals for the club, while centre-midfielder Will Hughes arrived from Watford and prospect Conor Gallagher joined on a loan deal from Chelsea.

However, according to Michael Bridge, as quoted by Givemesport, the London side may struggle to add further to the side after their expenditure before the season, with an uneventful January planned.

After an eye-catching 2-0 victory away at defending champions Manchester City on Saturday, Crystal Palace sit 13th in the Premier League with 12 points from their opening 10 outings, and Vieira’s men have now gone five game without a league defeat.