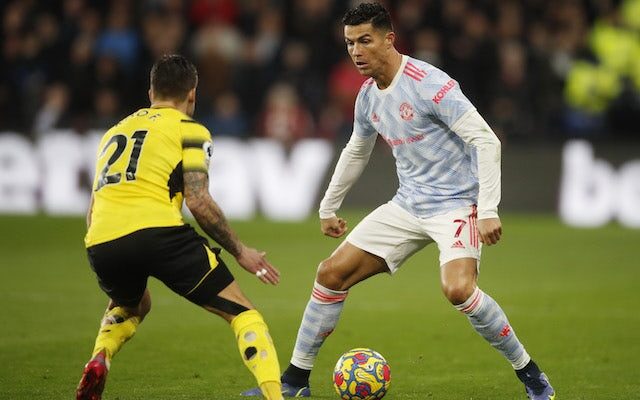 The agent of Cristiano Ronaldo reportedly ‘sought reassurances’ from the Manchester United board that action would be taken at managerial level following Saturday’s 4-1 loss to Watford.

The Red Devils resisted the temptation to sack Ole Gunnar Solskjaer over the international break amid a difficult run, but the Norwegian is now set to lose his job as head coach.

Saturday’s heavy defeat at Vicarage Road will prove to be his final match at the helm, and according to the Manchester Evening News, Ronaldo’s agent Jorge Mendes approached the club’s board to discuss the managerial position after the loss to Claudio Ranieri’s side.

Mendes allegedly wanted ‘reassurances’ that ‘decisive action’ would be taken, as the 20-time English champions lost in the Premier League for the fifth time in their last seven matches.

Zinedine Zidane has seemingly emerged as the club’s leading candidate for the managerial position despite firm suggestions that the former Real Madrid boss is holding out for the France job.

Technical director Darren Fletcher is expected to lead the team into Tuesday’s Champions League clash with Villarreal, which comes ahead of a trip to Chelsea in the Premier League next weekend.