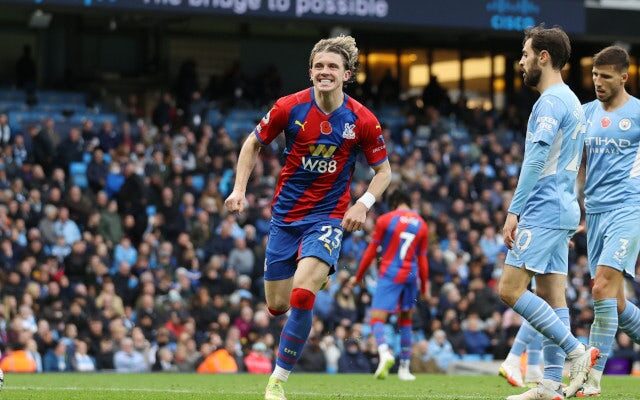 England have announced that Conor Gallagher will link up with the squad for Monday’s World Cup 2022 Qualifying clash with San Marino.

The 21-year-old initially missed out on a place in the senior team and played 89 minutes of the Under-21s’ 3-1 victory over the Czech Republic earlier this month.

However, reports on Saturday night claimed that Gallagher was set to earn his maiden call-up for the battle with San Marino, and England have now confirmed that the Chelsea man will join the team for Monday’s clash.

Gallagher has thrived under the tutelage of Patrick Vieira at Crystal Palace this term, scoring four goals and setting up two more in 10 Premier League appearances for the Eagles.

The midfielder joins up with the team as Jordan Henderson, Raheem Sterling and Jack Grealish withdraw for various reasons, while Mason Mount and Luke Shaw will not be risked.

England are three points clear of Poland at the top of Group I and just need to avoid defeat against San Marino to book their spot at Qatar 2022.