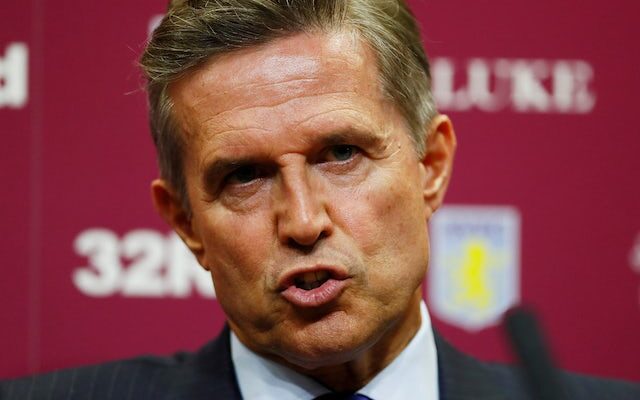 New manager Steven Gerrard, who replaced the dismissed Dean Smith in November, is said to be keen to improve the squad he has inherited, with the Liverpool legend reportedly targeting a centre-back and a centre-midfielder.

Talking to Villa TV, Purslow said: “I think it’s perfectly possible in the coming weeks, when Steven and Johan are working together, that Steven will want to make one or two adjustments and that might lead to one or two out and maybe one or two in.”

The Villans were active over the summer, generating a British-record £100m fee from the sale of Jack Grealish while spending around £88m on the signings of Emiliano Buendia, Leon Bailey and Danny Ings alongside the return of Ashley Young and the loan capture of Axel Tuanzebe.

Since taking over at Villa Park, Gerrard has overseen consecutive Premier League victories, with the Midlands outfit firstly defeating Brighton & Hove Albion 2-0 before securing a 2-1 away win over Crystal Palace on Saturday to climb to 13th spot in the table.