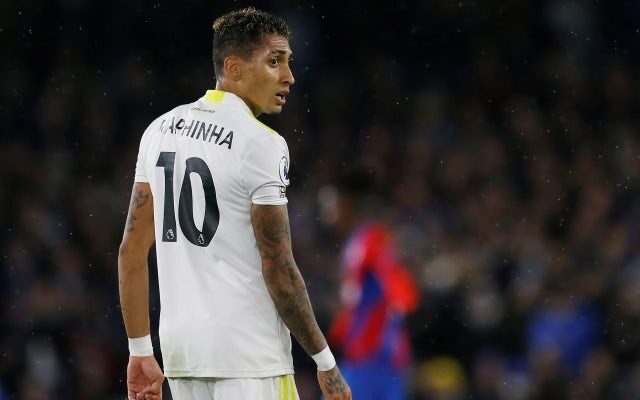 Although the Blues are well stocked for options in the final third, speculation persists that at least two of their playmakers would like more first-team football.

While no exits are expected at Stamford Bridge during January, Chelsea are likely to be in the market for new attacking players ahead of 2022-23.

According to Sport Italia journalist Gianluigi Longari, the European champions are the latest club to express an interest in Raphinha.

The 25-year-old, who was a relative unknown when moving to Elland Road from Rennes last summer, has contributed 14 goals and 10 assists from his 46 appearances in the Premier League.

Liverpool have also been heavily linked with a player who is likely to possess an asking price upwards of £50m.

The Brazilian has two-and-a-half years remaining on his contract at Elland Eoad.