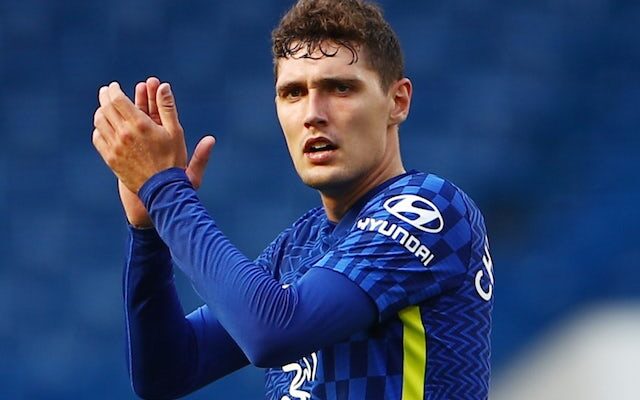 Chelsea have reportedly called off negotiations with Andreas Christensen over a new contract.

The Denmark international’s current deal at Stamford Bridge is due to expire in June 2022, meaning that, as it stands, he will be free to hold talks with foreign clubs at the turn of the year.

Chelsea had allegedly been confident of agreeing a new deal with the centre-back, who has been an important player for the Blues this season, making 13 appearances in all competitions.

However, according to The Telegraph, the London club have come to an impasse over contract talks with the Dane due to disagreements over the length of the deal.

The report claims that the 25-year-old and his representatives had verbally agreed a new five-year deal, but they are now demanding that the contract be shortened to three years.

As a result, discussions between the two parties have allegedly been placed on hold.

“Hopefully soon (when he will sign a new deal). I feel valued, I’m happy but I do not get into the contract situation. I do not know why everyone thinks it is a bad situation. Because I’m still happy and I enjoy playing football,” the Dane told BT when asked about his situation.

“I’m a player who right now enjoys playing football [at Chelsea] and the coach shows confidence [in me]. There is no bad relationship, there is nothing.”

Christensen, who arrived at Stamford Bridge from Brondby in 2012, has made 140 appearances for Chelsea in all competitions.