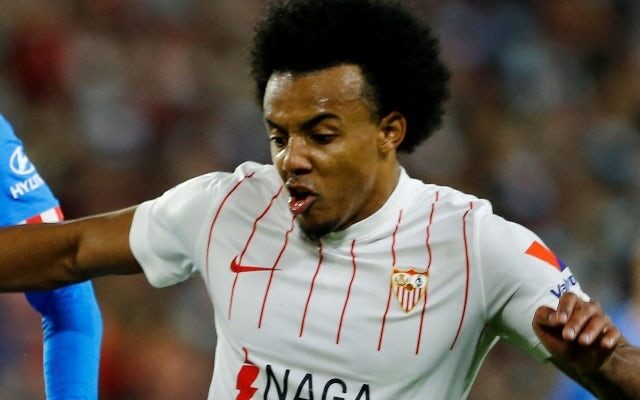 The Blues have allegedly identified Kounde as their leading centre-back target, with the Frenchman expected to be allowed to leave Estadio Ramon this year.

According to Fichajes, Chelsea are determined to sign the 23-year-old but will have to offload two players to afford the defender, with Hakim Ziyech and Timo Werner potentially leaving the club.

Ross Barkley and Ruben Loftus-Cheek have also been linked with moves away from Stamford Bridge, with head coach Thomas Tuchel looking to trim his squad for the remainder of the 2021-22 campaign.

Kounde has also been linked with a move to Manchester United, but Chelsea are said to be firmly at the head of the queue for the centre-back.

Tuchel has also allegedly made the decision to drop Romelu Lukaku from the squad for Sunday’s clash with Liverpool after a recent interview from the Belgium international.