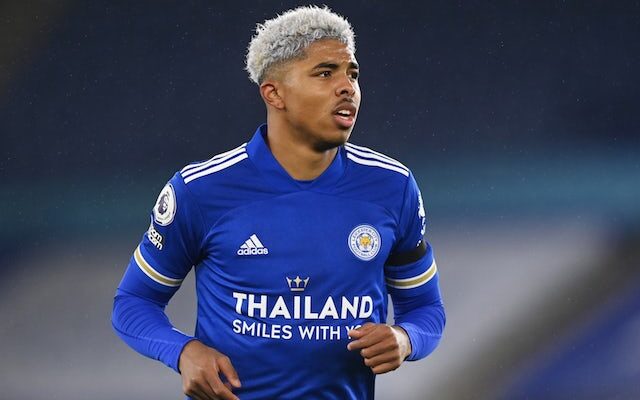 Chelsea are reportedly ahead of Manchester United in the race for Leicester City defender Wesley Fofana.

The 20-year-old only joined the Foxes from Saint-Etienne in the summer of 2020 but is already being linked with an exit amid an impressive spate of performances.

Real Madrid have been strongly linked with a swoop for Fofana – currently out with a fractured fibula – while Man United have also been credited with an interest.

However, Foot Mercato claims that Chelsea have stolen a march on their Premier League rivals by touching base with the representatives of the centre-back.

The report adds that Man United are yet to make contact with Fofana’s entourage, with the Red Devils instead simply keeping a close eye on developments.

Fofana started 27 Premier League games for Leicester last term, and his contract with the FA Cup holders expires in 2025.