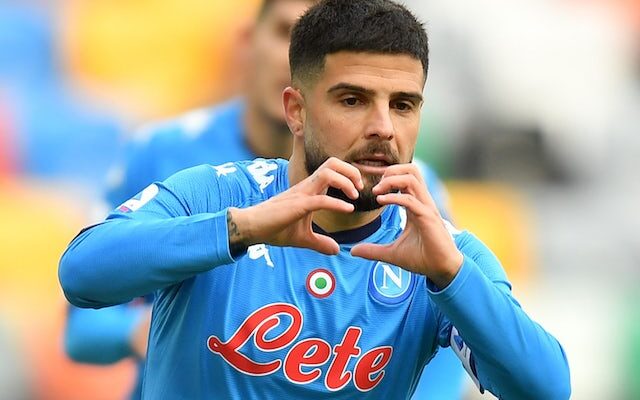 Chelsea are reportedly among the clubs keeping a close eye on Lorenzo Insigne‘s situation at Napoli.

The Italy international is yet to extend his stay with the Partenopei beyond the end of the season, and little progress has been made over an extension.

Insigne’s agent recently revealed that his client had been offered a new deal with a 50% pay cut, which is said to have “surprised” the Euro 2020 winner.

According to Marca, Chelsea are ready to swoop in for Insigne should talks with Napoli fail to bear fruit, and the 30-year-old could be tempted by an ‘attractive’ offer from the Blues.

Insigne has also been tipped to complete a shock switch to MLS, but the forward’s agent has labelled such links with US teams “completely fake”.

Insigne has five goals and four assists to his name from 14 games in all tournaments this term and has won two Coppa Italia crowns during his time with Napoli.