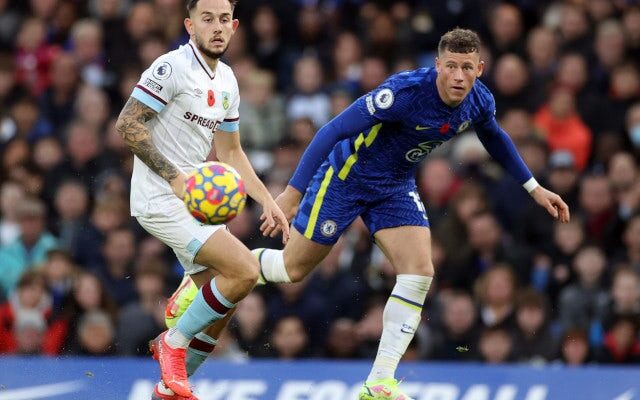 Chelsea could potentially raise as much as £17m from player sales during the January transfer window.

At a time when the Blues are sitting at the top of the Premier League table, head coach Thomas Tuchel is not necessarily looking to part ways with any members of his squad.

However, there is scope for three players – Ross Barkley, Lewis Baker and Charly Musonda – to depart Stamford Bridge at the midway point of the campaign.

Despite having impressed Tuchel enough to earn a starting spot against Burnley on Saturday, Barkley, valued by Transfermarkt at £15.3m, will likely be on the shortlist of several Premier League clubs.

The same source has Lewis Baker valued as high as £3.15m, but the Chelsea hierarchy will almost certainly accept any offers in around the £1m mark for a player who plays no part in the first-team squad and whose contract expires in the summer.

Charly Musonda, who had been sidelined for around two years before returning to fitness in the summer, finds himself in a similar predicament, and Chelsea would not stand in his way if any offers in the same price bracket are made in January.

By suggesting that he expects Malang Sarr to become a first-team regular in the future, the Frenchman’s agent is only expected to entertain loan bids in two months time.